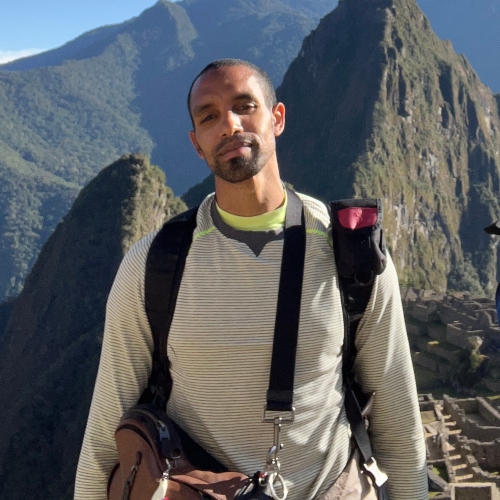 Well, one thing I can say is anything barbell related is my passion and Love. Always striving to do and be better when it comes to barbell movement. It’s my jam!

When I was in high school I was a swimmer, because it was the only sport, at the time, where breathing was something I could control with ease. Asthma for kids is tough and more challenging when you want to participate in sports and don’t know the value of breath control. So sports and I were not homies. However, being in the water helped a lot. I was also gangly so contact sports, weightlifting, and anything strenuous were something I was not encouraged to do. Years later, in university, being a dancing professional called to me. The irony is, in dance, you hit every component of fitness. Therefore, I learned quickly to get over others’ expectations of me based on what my body appears as. I also learned to get over myself because I was doing things physically I never thought were possible. Well, many years later, I got into CrossFit after feeling I needed more challenges in my approach to fitness and being physically active. It changed my world and got me into a mentality and energy I never thought was possible. Long story short, thanks to CrossFit, now I’m in Love with Olympic weightlifting, as a result of the barbell components of deadlifting, pressing, squatting, and jerking, which turn into the Olympic lifts of snatching and the clean & jerk. I literally feel stronger, nimble, more mobile, and prepared for anything because of my paths, AND I have not had an asthma attack in decades, or have needed to use my medication. All in all, anything is possible if you put your mind to it, take control of your life and do all you can to make your dreams a reality.

Well, to be honest, I was always the skinny dude who was not seen as physically capable. So to know now that it’s all perception, both of the other and self, is where I build my power and character. I’m doing things at my age and with my body that most cannot comprehend. It’s not a matter of “If I can do it, you can too.” It’s a matter of “What is it that you want, and what are you willing to do to achieve it?” It’s not easy by any means but we are meant to surpass the expectations of ourselves and others. It’s when we chose not to, is that we stay in failure. Our challenges make us who we know ourselves to be, they don’t dictate who we are. So my fitness journey is a testament and is parallel to this thing we call Life.

I coach because I want others who share similar stories to know they have someone who has their back and won’t judge them for trying to surpass themselves. We are all quite similar, we just Live in different bodies. Therefore, we all deserve to feel seen, heard, and uplifted, no matter who we are or what others think. Plus, I’m that dude who will rally for you when you can't or don’t want to. I’m easy going but that doesn’t mean I’m not tough or won’t get the job done. I’m kind and caring, but that doesn’t mean I won’t be honest and forthright. I’m goofy and jovial, but that doesn’t mean I won’t give you my best. I’m all about LEVELING UP!